Although Canada’s highest court appears clear in its resolve to give credence to the Criminal Code provisions dealing with public corruption, Canadians cannot ignore the reality that the world is becoming increasingly small and, despite a strong domestic record on corruption, Canada must strive for similar standards in its dealings on the international stage. It has been suggested that the globalization of the economy, the rapid flow of money across international borders, the flight of capital to offshore havens and the weakness and instability of many nations contribute to the increase in corruption around the world. 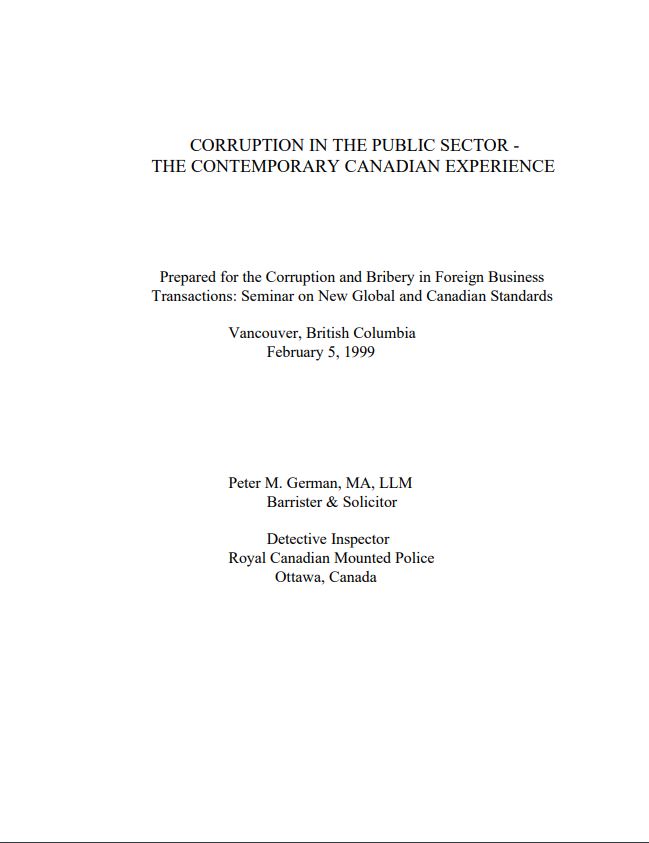