Controversy around the concept of prostitution and appropriate social policy responses to it has long existed. Perspectives on prostitution constantly conflate with notions of human trafficking, exploitation, and victimization, thereby influencing our understanding of choice, consent, and violence. From 1990 until very recently, Canadian courts failed to address the criminalization of prostitution related activities despite the actual acts of prostitution remaining legal. This study attempts to address current understandings of prostitution through a discourse analysis of the evidence tendered before the three levels of court in the 2013 Ontario Bedford challenge to the constitutionality of prostitution related offences in Canada. Three dominant discourses were identified, namely a victim discourse, a deviant discourse, and a worker discourse, with each providing opposing views of how prostitution should be viewed and what the most appropriate policy response to it entails. Until prostitution discourses are re-inscribed to include the voices of sex workers, the dispute pertaining to prostitution will persist, while the implementation of a favourable solution will remain inhibited. 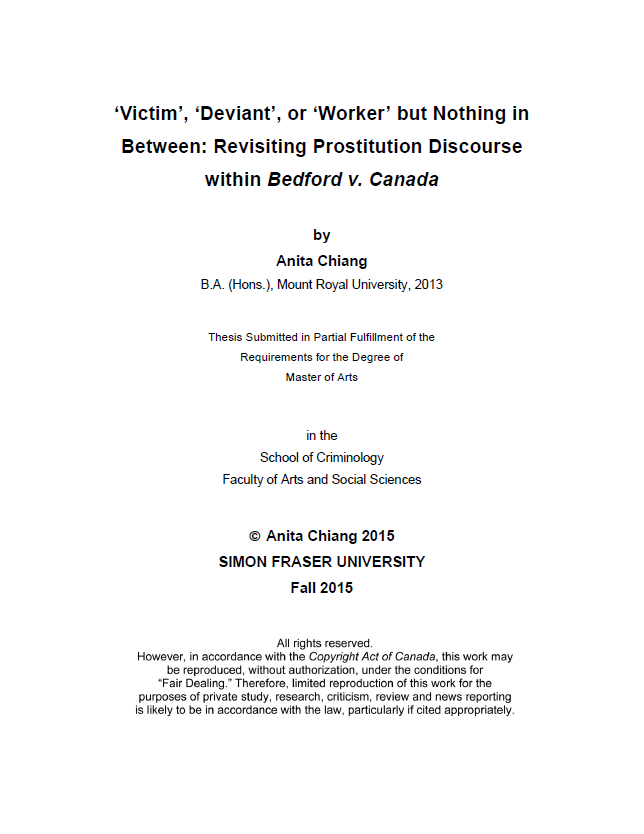