The twentieth century witnessed the privatization of several industries across the globe. Many governments, including Canada, have passed along their public obligations in realms such as transportation and education to private companies who boast greater efficiency and social surplus maximization. Interestingly, national security and foreign military commitments have, to an extent, also been swept up in the trend of privatization in Canada. Although private military organizations and mercenaries have existed throughout early history, the now-incorporated and industrial forms of private military-security companies (PMSCs) did not gain prominence until the end of the Cold War and the Iraq War. 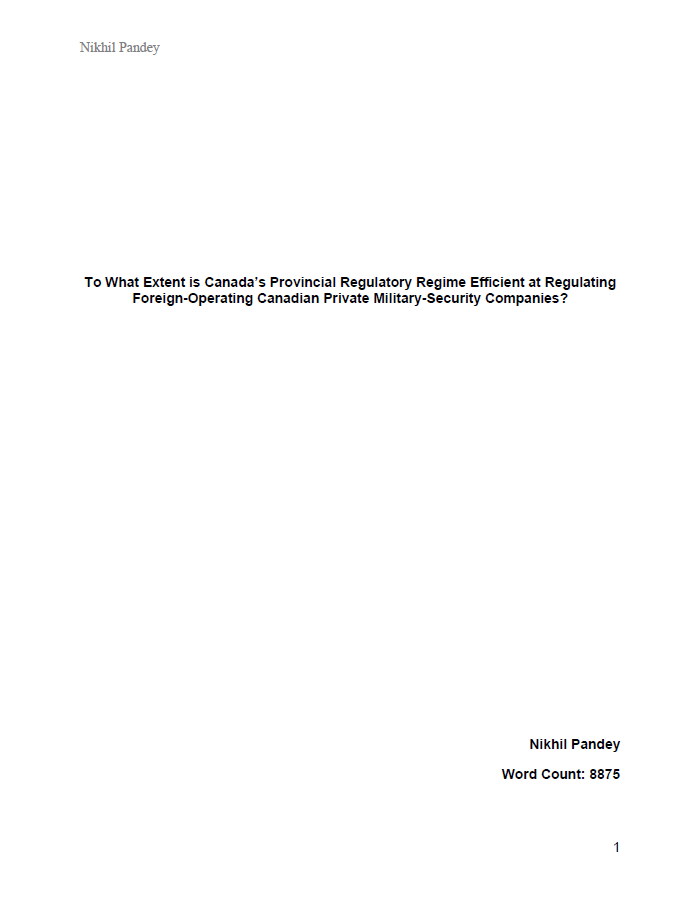