Canadian Committee for the 50th Anniversary of the United Nations, International Center for Criminal Law Reform and Criminal Justice Policy

From Cambodia to Rwanda to the former Yugoslavia to Haiti, a key component of post-conflict peace-building is the re-establishment of governmental and legal structures. For states emerging from war, both a functioning government and a credible justice system are essential to ensuring that societies do not slip back into conflict. Increasingly, United Nations peace missions have moved from traditional peace-keeping, which was expected to do little but separate warring factions to allow breathing space for negotiations, to complex humanitarian interventions where the UN and the broader international community have become enmeshed in all of the machinery of government. 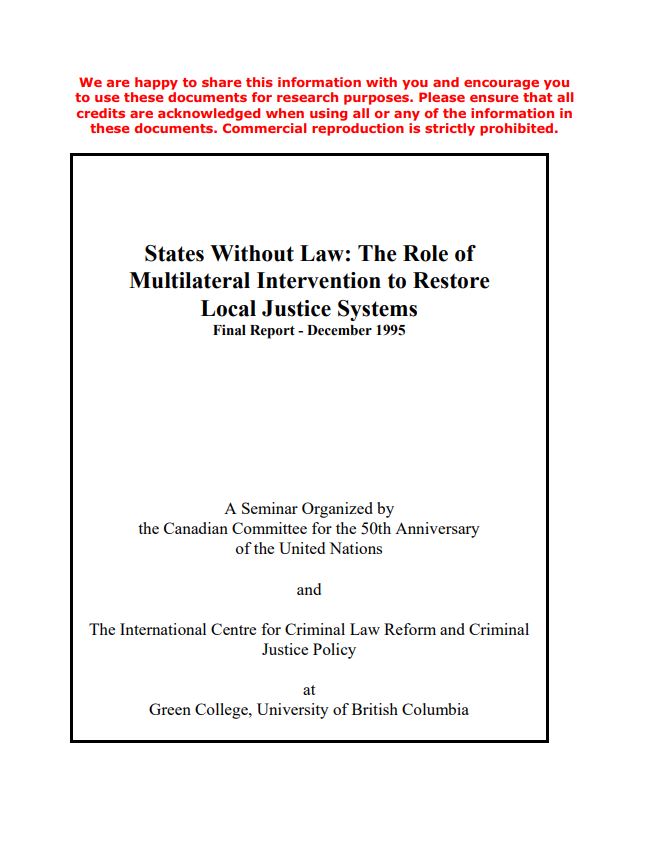 Canadian Committee for the 50th Anniversary of the United Nations