This study was undertaken as a step toward understanding how the relationship between police services and their host communities has evolved over the years. It examined the extent to which police efforts aimed at improving police-minority relations over the past 20 years have improved perceptions of the police among visible minority groups in Canada (with special attention to British Columbia). More specifically, the study examined the degree to which attitudes of visible minorities over that 20-year period between 1999 and 2019 can be distinguished from those of the overall population in Canada and British Columbia – with special attention to the matter of crime victims’ contacts with police. The core analysis for this study involved a comparison of data from Statistics Canada’s General Social Survey (GSS) panels on Canadians’ Safety (Victimization) conducted in 1999, 2004, 2009, 2014 and 2019. 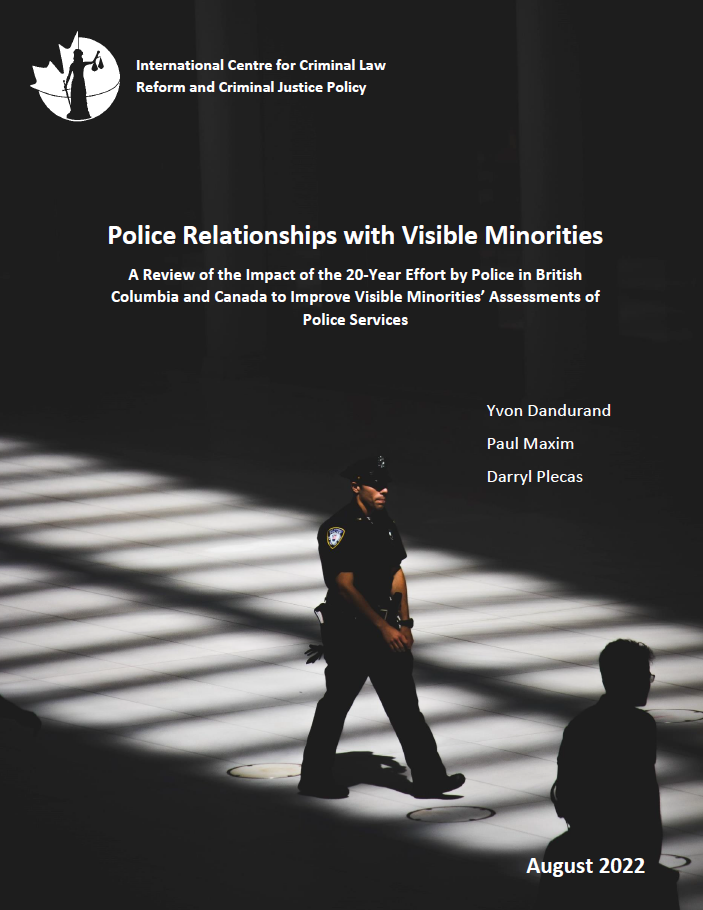